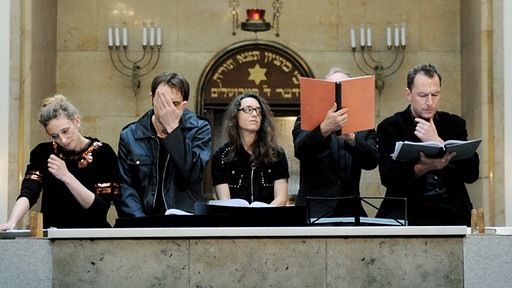 “Urban Prayers” is a play that is performed in a synagogue, a mosque, a church etcetera.
Tonight I saw the play in a catholic church. The audience appeared to be pious.
I’m not sure if ‘Urban Prayers” is really a play, it’s much more a meditation on religion.
Behind me two elderly women were relentlessly whispering. What they were whispering about remains a secret, but they were unable or unwilling to be silent. Somehow this experience was part of the meditation.