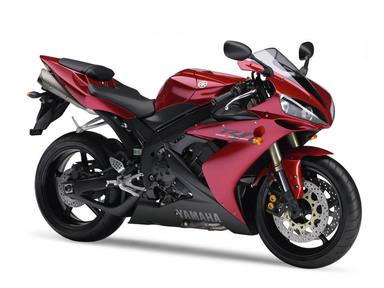 I was intrigued by this obituary in the Times:

‘Bill Warner returned to the runway at the decommissioned Loring Air Force Base in Limestone, Me., on Sunday hoping to beat his world land speed record on a conventional motorcycle. He had set the record — 311.945 miles per hour in 1.5 miles — at the base in 2011. This time he hoped to hit 300 m.p.h. in a mile or less.
As spectators looked on, Mr. Warner roared off on his blue Suzuki Hayabusa, a customized, fiberglass-swathed model muscled up with a 1,200-horsepower engine. About 4,000 feet down the track, after he had hit 285 m.p.h., the motorcycle veered to the right — the direction drivers usually turn if something is awry — headed into the grass and fell on its side, tossing Mr. Warner. Their speed had been so great that both man and machine slid, separately, for hundreds of feet.
Mr. Warner, though conscious after the crash, died a short time later at a hospital in Caribou, Me., said Tim Kelly, race director for the Loring Timing Association, which administers land speed events at the base. Mr. Warner was 44.’

‘William W. Warner was born on Feb. 11, 1969, in Little Falls, N.Y. He attended the University of Tampa, where he studied marine biology and chemistry. He lived in Wimauma, Fla., southeast of Tampa, where he ran a tropical fish business. His survivors include his parents, a brother and a sister.’

It’s the combination of the hunger for speed and the tropical fish business that tickled my imagination.