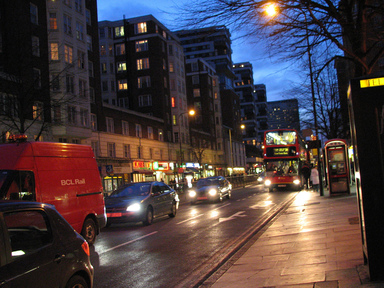 This evening I was supposed to have drinks with a woman named Marie-Rose.
She called me to confirm, I called her to confirm and then I hurried to Edgware Road where I was going to meet the Palestinian/Lebanese author Samir El-Youssef.
Because I was late I called Samir.
But by mistake I dialed the number of Marie-Rose. It was rather noisy from where I called and therefore I thought that Marie-Rose was Samir’s wife. I said to her: “I’m about to meet your husband, but I’m a little bit late.” A few seconds later Marie-Rose managed to explain the misunderstanding to me. I apologized.
Nevertheless later that afternoon Marie-Rose called to cancel the appointment. A few seconds later she called again and said to me: “Is it you Robert?” Then she hung up.