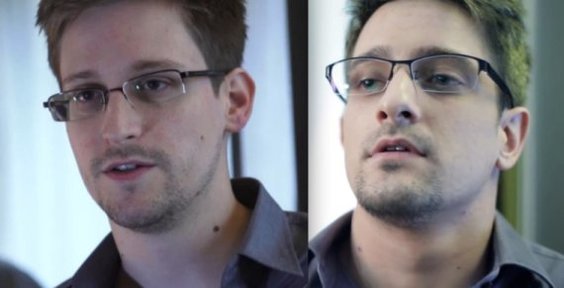 ‘The fact is, he dumped his data and fled to countries that are hostile to us and to the very principles he espoused. To make a second impression, Snowden would need to come home, make his case and face his accusers. It would mean risking a lengthy jail term, but also trusting the fair-mindedness of the American people, who, I believe, will not allow an authentic whistle-blower to be unfairly punished.’

A few days ago Mr. Friedman’s colleague, Nicholas D. Kristof, wrote a column that undermines trust in the America judicial system quite a bit:

‘If you want to understand all that is wrong with America’s criminal justice system, take a look at the nightmare experienced by Edward Young.
Young, now 43, was convicted of several burglaries as a young man but then resolved that he would turn his life around. Released from prison in 1996, he married, worked six days a week, and raised four children in Hixson, Tenn.
Then a neighbor died, and his widow, Neva Mumpower, asked Young to help sell her husband’s belongings. He later found, mixed in among them, seven shotgun shells, and he put them aside so that his children wouldn’t find them.
“He was trying to help me out,” Mumpower told me. “My husband was a pack rat, and I was trying to clear things out.” Then Young became a suspect in burglaries at storage facilities and vehicles in the area, and the police searched his home and found the forgotten shotgun shells as well as some stolen goods. The United States attorney in Chattanooga prosecuted Young under a federal law that bars ex-felons from possessing guns or ammunition. In this case, under the Armed Career Criminal Act, that meant a 15-year minimum sentence.’

Whatever we think of Mr. Snowden, if I were him I would not take heed of Mr. Friedman’s suggestion.