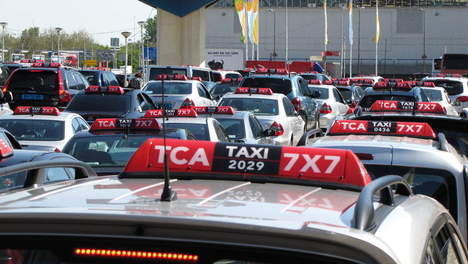 I took a taxi from my mother’s house to my hotel. As usual, she came out on the street to wave at me for long as she could see me.
I opened the car window to wave back, but the taxi driver closed the window. He almost broke my arm.
He said: “The air conditioning is on, or do you want to throw something out of the window?”
“I don’t throw things out of the window. Do you like to throw things out of the window?”
“What a silly question,” he said.
“I’m just making conversation.”
“I don’t like your conversation.”
I was really irritated by this man, so I said: “In that case I’m going to read my newspaper, but if you need me to make you happy I’m all yours. Just let me know.” Politeness is the best revenge.