The illusion of return 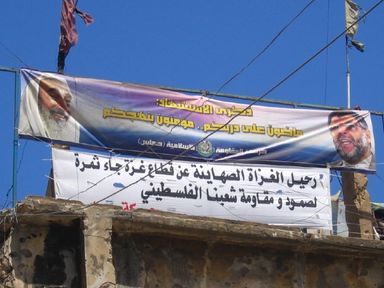 On the plane from Dublin to Budapest I read the novel “The Illusion of Return” by Samir El-Youssef. Which was given to me by the author last Monday in London.
To give you an impression, a paragraph: “Abu Ali had never thought that Sameh could be harmful or annoying to any political group, least of all to the Resistance. Of course, he was well aware of the shameful weakness of his younger son. In fact, he felt endlessly disgusted by Sameh’s behaviour – so much so that on more than one occasion he had thought of poisoning him.”