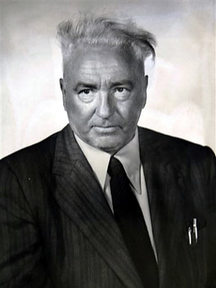 “The Strange Case of Wilhelm Reich” (Der Fall Wilhelm Reich) is a peculiar movie by Antonin Svoboda. Peculiar because the psychotherapist Wilhem Reich was definitely a peculiar man, but the movie about him is so conventional, almost old-fashioned that one can imagine that it was made twenty years ago. Even Klaus Maria Brandauer, not your average actor, is a bit timid as Wilhelm Reich, a tad too prudent to my taste. Why make such a conventional movie about such an unconventional man? A couple of years ago, while I was working on my essay on Otto Weininger I tried to read a book by Reich, but I could not finish it. After Weininger, Reich was too much I guess.
The movie by Svoboda reminded me of the scandalous treatment Reich received in the U.S. He was sentenced to two years in prison, for dubious reasons, and shortly before his release he died of heart failure. An autopsy was never performed, which opens the possibility of all kinds of conspiracy theories.
After his death Reich became the hero of would-be revolutionaries in the sixties; why the U.S. had deemed him an enemy of the state remains unclear. He could definitely be described as a political prisoner.
Well, sex and sexual theory (and Reich was let’s say something between a sexual theorist and a sexual therapist) have always been the enemy of totalitarian systems. Apparently, capitalism at that time wasn’t self-conscious enough to acknowledge that sex is a friend not an enemy.