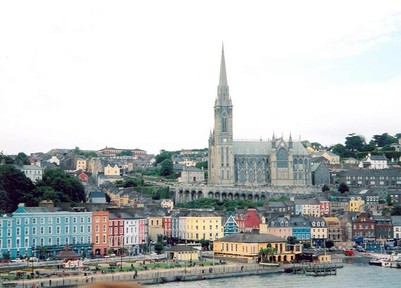 For those of you who believe that your country is the worst, David Conrad in Wednesday’s International New York Times:

‘In Ireland, ancestry means everything. Yet to an increasing number of Irish people — immigrants and the children of immigrants — Irish ancestry remains painfully elusive. In May this harsh fact confronted Una-Minh Kavanagh on the streets of Dublin. A 22-year-old woman who was adopted by an Irish woman from her native Vietnam when she was just six weeks old, Ms. Kavanagh is thoroughly Irish, down to her thick County Kerry accent and her mastery of the Irish language, which only 10 percent of the country speaks fluently.
But the group of Irish teenagers who accosted her that afternoon only saw her Asian features. In the middle of her capital city, they grabbed her and shook her head, called her a “chink” and spat on her face. Bystanders gathered, but no one stepped in to help.’

‘For a nation that knows well the tribulations that immigrants face in their battle for social acceptance what may be even more revealing than the spike in documented acts of racism is how the country defines citizenship. Irish immigrants, or Irish citizens who were not born on the island, cannot automatically confer citizenship to their children. A child born in Ireland is not entitled to citizenship unless at least one of his or her parents or grandparents was an Irish citizen and was born in Ireland. This law came under public scrutiny last May, when a resident Chinese couple’s three-year-old daughter, who was born in Ireland, was denied re-entry after a visit to her grandparents in China (she was ultimately allowed to return).’