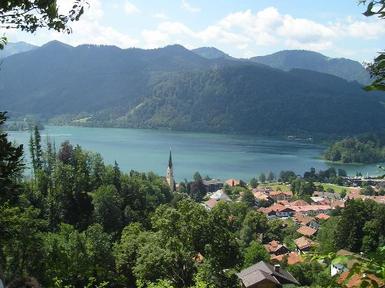 Part of my research into the Bavarian soul led me to the Bavarian comedian Gerhard Polt. (See also here.)
This morning I visited him in his house near Schliersee. His wife offered me tea and she told me that her husband was finishing a movie about a an amateur moviemaker who wants to make a movie about the private lives of Adolf Hitler and Eva Braun. The movie’s called: “Und Äktschn!” Then Gerhard Polt appeared, a much more amiable man than I’d expected.
He said that the Baviarian soul could be explained through the Bavarian dialect, in which the irrealis mood is so important.
Polt said: “It’s not clear what the speaker knows and whether he’s talking about a situation or a person. Something can be true and not true at the same time. Everything becomes foggy. The Bavarian dialect is a march into the unreal.”