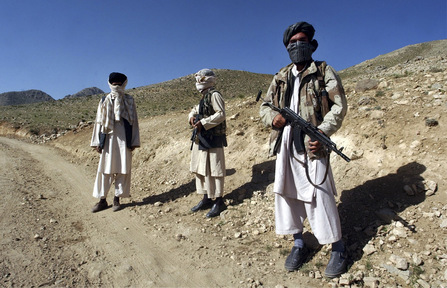 Tim Parks has his qualms about the novel, or at least abour some novels. In an interesting piece about this matter he refers to the book “Reality Hunger” by David Shield. Parks appears to sympathize with Shields’ doubts about the so-called realistic novel: (A couple of years ago, to be precisely on December 22, 2009, I wrote a blog post about the same book. See here.)
Parks: “My problem with the grand traditional novel—or rather traditional narrative in general, short stories included—is the vision of character, the constant reinforcement of a fictional selfhood that accumulates meaning through suffering and the overcoming of suffering. At once a palace built of words and a trajectory propelled by syntax, the self connects effortlessly with the past and launches bravely into the future. Challenged, perhaps thwarted by circumstance, it nevertheless survives, with its harvest of bittersweet consolation, and newly acquired knowledge.”

The biggest problem with the grand traditional novel, and some short stories, is that they are boring, to say it unsophisticated. I’m not at all convinced that it’s the suffering of the characters that gives the reader the illusion of meaning, or perhaps more than an illusion.
Isn’t reading (and writing) also a voyeuristic pleasure? A benign sadistic pleasure? A benign therapeutic pleasure? Isn’t the, often considered vulgar, identification of the reader with one of more of the characters an attempt to fight loneliness? I agree, no religion without suffering, no story telling without suffering. But in literature it isn’t the self that connects to the past, it’s a self that is forced to admit that there’s such a thing as fate. That’s a crucial difference.
And yes there is bittersweet consolation to be found in literature, I guess that’s part of the therapeutic pleasure that art can offer, but it is a bit too easy, as Parks admits himself, to claim that there are no other pleasures to be found in literature than this therapeutic/moralistic reading of the novel. Nor do I believe that language itself is the problem.

“The variety of stories told in the novel is indeed remarkable, but the tendency to reinforce in the reader the habit of projecting his or her life as a meaningful story, a narrative that will very likely become a trap, leading to inevitable disappointment followed by the much-prized (and I suspect overrated) wisdom of maturity, is nigh on universal. Likewise, and intrinsic to this approach, is the invitation to shift our attention away from the moment, away from any real savoring of present experience, toward the past that brought us to this point and the future that will likely result. The present is allowed to have significance only in so far as it constitutes a position in a story line. Intellect, analysis, and calculation are privileged over sense and immediate perception; the whole mind is pushed toward the unceasing construction of meaning, of narrative intelligibility, of underlying structure, without which life is assumed to be unimaginable or unbearable.
It is a way of seeing that is bound to produce states of profound disappointment for those who subscribe to it. “Munro brilliantly tracks the lives of those who did not achieve what they expected to,” exclaimed one British paper after this year’s Nobel prize was announced. It hardly seems a cause for congratulation if the Western mindset is constructed around first projecting extravagant ambitions, the infamous “dream,” and then relying on authors like Alice Munro to offer consolation when it isn’t achieved, or alternatively to live it vicariously through those who do achieve it, by reading celebrity biographies, another increasingly popular genre. In this regard, one can even see the consolations of literature as one of the forces sustaining a destructive cultural pattern. We are so pleased with our ability to describe and savor our unhappiness it hardly seems important to find a different way of going about things.”

This is a valid point. Literature but probably also theater and movies might be preventing world revolution or at least do they help the status quo, just as anti-depressants are a big help in preventing all kind of disruptions in society. (In the Western world that is.)
But I would argue that this has been the case for a long time. We don’t buy novels because we are interested in dangerous ideas or because we are looking for utopian ideals how to remake the world. And probably Tim Parks is saying something differently; he is disappointed in the rather mundane wisdom the novel has to offer. And rightly so, very often that wisdom is nothing but a handful of clichés. And even if that’s not the case many critics will do their best to reduce the novel to clichés they can subscribe to.

Perhaps we should admit that like religion literature offers a modest answer to those who ask themselves: where is meaning? Authors are priests in this church, and as many priests often they are slightly corrupted, not always are they believers in their own sermons, their own craft, their rituals. Just as entering the Catholic Church can be the beginning of a beautiful career (see: Le Rouge et Le Noir) entering the Church of Literature could be perceived as a career move as well. Where there are careers honesty is a sure victim.
So do we need a new church? Do we need more reality?

Yesterday I spoke to a captain in the German army. He had been to Afghanistan and he wanted to go back, but his girlfriend had prevented him from going to Afghanistan again. He didn’t say it exactly with these words, but it was clear what he meant: there was more reality in Afghanistan than there was in Germany. And then he added: “But had I lost my legs in Afghanistan I would have told you a different story.”

That’s the point, we want reality but we don’t want to lose our legs. Therefore we settle for something less, for something we can call reality light, in my opinion an apt description of (contemporary) literature.

Of course, often we despise the lightness of this reality. We want more than this homeopathic dose; we see that our church is corrupted, thoroughly commercialized and sometimes even wicked. But there are still believers. And the good thing about our church: we don’t have a pope. We have thousands of little popes. As far as the eye can see, just popes and more popes.