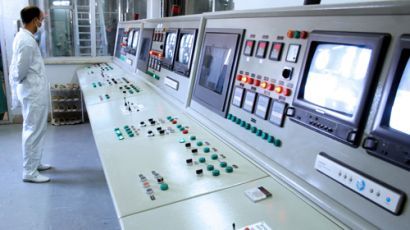 This article in Foreign Policy by Ralph Langer about Stuxnet is very much worth reading:

“Three years after it was discovered, Stuxnet, the first publicly disclosed cyberweapon, continues to baffle military strategists, computer security experts, political decision-makers, and the general public. A comfortable narrative has formed around the weapon: how it attacked the Iranian nuclear facility at Natanz, how it was designed to be undiscoverable, how it escaped from Natanz against its creators' wishes. Major elements of that story are either incorrect or incomplete.
That's because Stuxnet is not really one weapon, but two. The vast majority of the attention has been paid to Stuxnet's smaller and simpler attack routine -- the one that changes the speeds of the rotors in a centrifuge, which is used to enrich uranium. But the second and "forgotten" routine is about an order of magnitude more complex and stealthy. It qualifies as a nightmare for those who understand industrial control system security. And strangely, this more sophisticated attack came first. The simpler, more familiar routine followed only years later -- and was discovered in comparatively short order.
With Iran's nuclear program back at the center of world debate, it's helpful to understand with more clarity the attempts to digitally sabotage that program. Stuxnet's actual impact on the Iranian nuclear program is unclear, if only for the fact that no information is available on how many controllers were actually infected. Nevertheless, forensic analysis can tell us what the attackers intended to achieve, and how. I've spent the last three years conducting that analysis -- not just of the computer code, but of the physical characteristics of the plant environment that was attacked and of the process that this nuclear plant operates. What I've found is that the full picture, which includes the first and lesser-known Stuxnet variant, invites a re-evaluation of the attack.”

This new Stuxnet variant was almost entirely different from the old one. For one thing, it was much simpler and much less stealthy than its predecessor. It also attacked a completely different component of the Natanz facility: the centrifuge drive system that controls rotor speeds.
This new Stuxnet spread differently too. The malware's earlier version had to be physically installed on a victim machine, most likely a portable engineering system, or it had to be passed on a USB drive carrying an infected configuration file for Siemens controllers. In other words, it needed to be disseminated deliberately by an agent of the attackers.
The new version self-replicated, spreading within trusted networks and via USB drive to all sorts of computers, not just to those that had the Siemens configuration software for controllers installed. This suggests that the attackers had lost the capability to transport the malware to its destination by directly infecting the systems of authorized personnel, or that the centrifuge drive system was installed and configured by other parties to which direct access was not possible.

Is the first Stuxnet created by the same people as the second Stuxnet? And if Langer is right that the makers of the second Stuxnet probably wanted to expose Stuxnet to the world in order to show us what cyber weapons can do in the hand of a superpower, did we pay enough attention?

All recent outcry is about eavesdropping, spying, surveillance and privacy, and almost nothing about sabotage.
Whereas it’s clear that sabotage is the more interesting part of cyber warfare.

A last question: was Siemens involved in building the first stuxnet?

“The system might have keep Natanz's centrifuges spinning, but it also opened them up to a cyberattack that is so far-out, it leads one to wonder whether its creators might have been on drugs.”