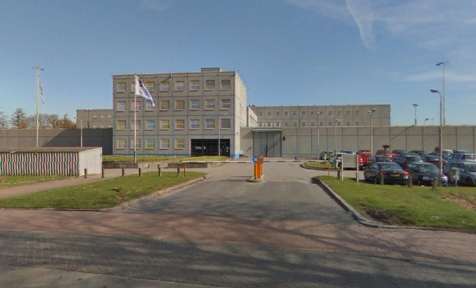 This morning I visited a prison in the city of Arnhem. A humanist chaplain at this prison had invited me to talk to a group of male prisoners (it’s an all male-prison) about meaningfulness.
There were about twenty prisoners in a small room, aged 18 to 60 I would say. We were offered coffee, tea and cake. The director of the prison was there as well, to the chagrin of the chaplain.
Some of the inmates looked like professors or teachers, others like schoolboys, a few like extras in a Mafia movie and one or two like regulars to a flop house. A couple of them engaged in a fierce discussion with me about their wives and children, about the feeling of being betrayed by their wives. They complained about the lack of privacy. (They have very limited access to the Internet, and no possibility of sending e-mails. They claim that their incoming and outgoing letters are read.)
I mentioned my visit to Guantánamo Bay to put things in perspective. Things were awful here, but it could be worse.
One of the detainees said afterwards: “I’ve been a few times to Gitmo, I worked for NATO.” Later, it was confirmed to me that he had been a secret service agent. How he had ended up in prison was a question I didn’t ask.
Based on this short visit I would say: these prisoners didn’t perceive themselves as perpetrators; they were victims, at least that’s what they believed. Understandable of course.