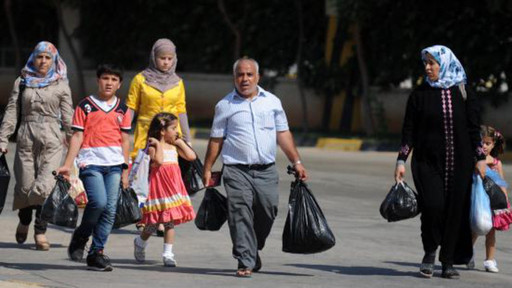 On migration and brain drain, Paul Collier in the NYT:

“Migration is good for poor countries, but not in every form, and not in unlimited amounts. The migration that research shows is unambiguously beneficial is the kind in which young people travel to democracies like America for higher education and then go home. Not only do these young people bring back valuable skills directly learned in the classroom; they bring back political and social attitudes that they have assimilated from their classmates. Their skills raise the productivity of the unskilled majority, and their attitudes accelerate democratization.
For example, global data on students from poor countries who have studied abroad since 1950 shows that those who went to democracies accelerated political liberalization in their home societies out of all proportion to their numbers. Democratization across Latin America, Africa and Asia has been supported by this process. In an opinion article in The Washington Post last spring, Mr. Zuckerberg asked, “Why do we kick out the more than 40 percent of math and science graduate students who are not U.S. citizens after educating them?” My response: Whatever the reason, it is a highly effective way of helping poorer societies.”

“Seemingly the most incontestable case for a wider door is to provide a refuge for those fleeing societies in meltdown. The high-income democracies should indeed provide such a refuge, and this means letting more people in. But the right to refuge need not imply the right to residency. The people best equipped to flee from societies in meltdown are their elites: The truly poor cannot get farther than a camp over the border. Post-meltdown, the elites are needed back home. Yet if they have acquired permanent residence they are reluctant to return.”

Mr. Collier is an esteemed economist, but according to at least one migration expert, Hein de Haas, Co-Director of the International Migration Institute (IMI) of the Department of International Development and the University of Oxford, it is doubtful whether the data behind Mr. Collier’s assumptions are right.

There is also a slightly more philosophical problem with Mr. Collier’s arguments. Even though he stresses the fact that granting refuge to “people fleeing societies in meltdown” is the right thing to do, he appears to believe that a person owes more to his or her home country than to his or her family, and to himself.

To kick refugees out after “we” decide that it’s safe for them to go home is a cruel thing to do, that to begin with. Should the US have kicked out the Jews after it was safe for them to go “home” after 1945? Should my parents have been forced to go back to Germany after 1945 in order to prevent a brain drain over there?

Mr. Collier pooh-poohs libertinism but the right to migrate is a basic human right. The US could rise precisely because it didn’t kick refugees out; that it didn’t let enough refugees in is undoubtedly true but another discussion.

I’m willing to forgive Mr. Collier his haughtiness – if he were a Somali would he be willing to move back to Somalia to fight the brain drain over there? – but I do hope that he realizes that his arguments are morally repulsive, for he suggests that the immigrant is a traitor when he doesn’t return to his poor home country. This is just a sophisticated way of saying: “Foreigners out!”

Some refugees (immigrants) will go "home" after a while; others will stay. They don’t need Mr. Collier’s advice; and we don’t need more deportation.