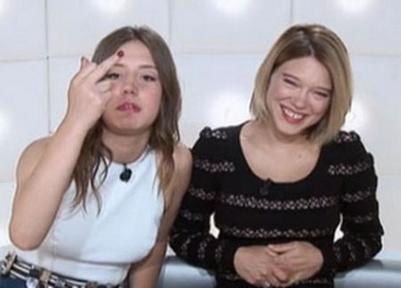 Tonight I fell in love. I saw the movie “Blue is the Warmest Color” (indeed an awkward translation of "La vie d'Adèle”) by Abdellatif Kechiche and I was totally smitten with the main actress Adèle Exarchopoulos. It was more than being impressed by the qualities of the acting, it was really the sensation of falling in love, the longing for emotional intimacy, and no, this has noting with the rather long sex scenes.
Lorrie Moore is in the NYRB quite critical of the movie. Whether the gaze of the camera (and for that reason of the spectator) is typically male is a discussion I would like to save for another time.
But Moore’s assertion that the sex scenes are “inauthentic” struck me as problematic. I’m not an expert on sex, but I didn’t see much inauthenticity, and although most of the talk about the movie focuses on the sex scenes – also Lorrie Moore devotes half of her review on these scenes – I would argue that these sex scenes are not very important. And they are not pornographic. Since pornography is the production of (mostly) images in order to excite (mostly male) consumers I can assert that the sex scenes didn’t excite me at all. Yes, they were explicit, yes they were long, and yes the bodies were young and rather perfect, but I was in love with Adèle Exarchopoulos and I didn’t want to fuck her, I wanted to hold her hand, I wanted to stroll with her through the park, to drink a glass of wine with her, perhaps watch her dancing at party. (There is the unfortunate male gaze again.)

Yes, one could say these young people are perhaps a tad too beautiful. But is this really problematic? We have the Dardenne brothers for the ugliness of social realism and I love the Dardenne brothers. I’m not yet willing to accept that the longing for beauty is a male perversion, but perhaps I’m out of my mind, after all I’m in love.