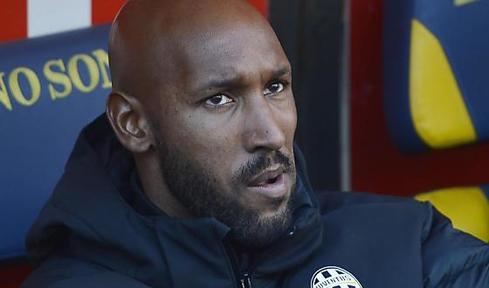 This article by Ansel Pfeffer in Ha’aretz about Anelka, the “quenelle” and Dieudonne is very much worth reading:

“We don't have any idea whether soccer star Nicolas Anelka is a racist or an anti-Semite. Until yesterday he had no record of being either. One thing is certain: He is no fool. In the wake of his celebration of the first of two goals he scored for West Bromwich Albion against West Ham United on Saturday, using the "quenelle" - a wink-wink disguised version of the Nazi salute - he didn't issue any apologies or denials. His explanation on his Facebook page and Twitter account that "this gesture was just a special dedication to my comedian friend Dieudonne" seems genuine enough. The friendship between the soccer player and the stand-up comedian is well-known and while keeping company with one of France's most notorious anti-Semites is hardly to his credit, it isn't something that he can be indicted for.”

“It is so unfashionable in polite company in western Europe nowadays to be anti-Semitic that in some circles it may have begun to seem cool and daring to go the other way. The blanket condemnation of Anelka in France, including by the Senior Imam of Paris, is encouraging and he will almost certainly be disciplined severely also by the English Football Association. His sporting career will be over soon and no-one will miss him. Hopefully the wider public will understand the quenelle's real sinister meaning.
Further down the road, the way to counter Dieudonne's malignant influence is through education, not hysteria. The calls by some French-Jewish politicians to outlaw the quenelle are misguided. Nothing could do more to make it seem even hipper. It's not enough to say that racism is wrong, the message must be that it's uncool.”

Fortunately, in many European countries it’s cool to despise the EU but it’s not cool yet to display symbols of anti-Semitism.

This may change rapidly.