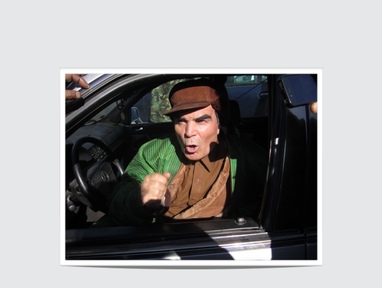 In the middle of a main square in Kabul a man sat in his car near something that resembled a small tent city. It turned out to be Sediq Afghan, a mathematician, philosopher and political activist. (See: here.)
He was mainly protesting the U.S.
Around thirty bystanders were listening to what he had to say.
Mr. Afghan didn’t come out of his car, which added to my impression that he belonged more to the world of Dadaism than to the world of political activism.
But the difference between Dadaism and most political activism is probably very thin.