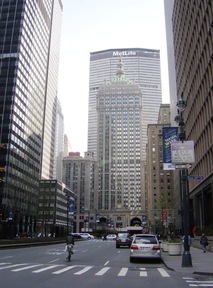 My acquaintance used to be an agent at the front desk at the Kitano Hotel where I have breakfast rather often – now he is moving to Europe.
Since I moved to New York in 1995 I left quite a few people behind in this city.
Some passed away, another turned out to be a con man who was not able to con me out of ten dollars. (After having conned me out of thousands of dollars.)
Ex-girlfriends turned out to be smaller or bigger mistakes and after a few years the distinction between the small and the big mistake disappears. It’s the mistake that counts.
Another one decided not to pick up the phone anymore. Sometimes I decided not to pick up the phone anymore.
A friend of mine got angry with me and I with him.
Another friend became so boring that I could not bear him anymore --probably he thought the same of me.
A woman never forgave me for standing her up.
A former secretary expected more but I’m still not sure what.
In other words I have a past – a beautiful past with lots of dead bodies.