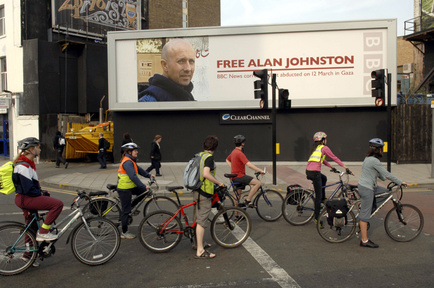 As to the kidnapped BBC reporter Johnston in Gaza Debka.com reports: 'Johnston was snatched by gunmen of the local Gazan Durmush clan, which controls the “Army of Islam” or “Al Qaeda-Palestine,” a group which is structured on the same lines as its fraternal Fatah al-Islami, which has commandeered the Palestinian refugee camp in northern Lebanon.
Hamad [spokesman for Hamas, AG] knows exactly who is holding the BBC reporter, but nothing at all about his condition or state of health. He and his boss, prime minister Haniyeh, are not involved in any way in the halfhearted British effort to free him, simply because the Durmushes and Hamas leaders, including Haniyeh, are locked in a blood feud.'