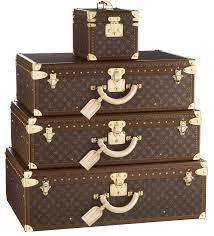 Ha’aretz on the economy and the peace process:

‘If talks with the Palestinians break down, a “medium-range scenario” prepared by treasury experts shows the Israeli economy getting battered by a massive loss of trade with Europe, with 10,000 people getting fired “immediately,” Finance Minister Yair Lapid warned Wednesday.
“If the negotiations with the Palestinians get stuck or break down and we enter a reality of a European boycott, even a very partial one, Israel’s economy will retreat,” Lapid said in an address to the Institute for National Security Studies conference in Tel Aviv. He added that according to a special report he had commissioned, “Every resident of Israel will get hit straight in the pocket; the cost of living will rise, the education, health, welfare and defense budgets will be cut, and many international markets will be closed to us.” The finance minister said: “Europe is our primary trade market. Thirty-three percent of Israeli trade is with the EU. If there is no diplomatic agreement and we face a middle-range scenario – and there are more serious ones – that there is only a 20 percent drop in exports to the EU and direct investment from the EU stops, then exports will drop by some 20 billion shekels ($5.74 billion) annually, the GDP will drop some 11 billion shekels, and 9,800 people will be fired immediately. Just canceling the ‘association agreement’ with the EU, a prospect we know that as far as they’re concerned is already on the table, will harm exports to the tune of 3.5 billion shekels a year, reduce GDP by 1.5 billion shekels annually, and lead to the dismissal of 1,400 workers.” The association agreement incorporates various free trade and concessionary arrangements for industrial and agricultural trade between Israel and Europe.’

Laibach sang that war pays bigger dividends, but peace may pay dividends as well. And as some realists may say: in order to achieve peace you need war.
Perhaps the Middle East will finally get a taste of positive decadence: “No war in my backyard. I want to enjoy my Louis Vuitton peacefully.”