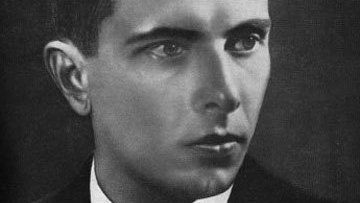 This article by Emmanuel Dreyfus in Le Monde Diplomatique gives a balanced overview of the revolution in Ukraine:

“The protest movement emerged in November last year, after Yanukovych suspended negotiations on a free trade agreement with the European Union (1). Independence Square was gradually transformed. The first to arrive were a few thousand pro-European partisans, but as repression began the square became a symbol of revolt against a corrupt and mercenary political system for many others — initially a revolt against the Yanukovych system, but also a rejection of the opposition parties, out of their depth in this crisis.
The involvement of several nationalist groups — a small but highly visible presence — and of ultra-radical, non-democratic movements without European sympathies has produced different reactions. Their presence was used actively by Russia, and to some extent by Yanukovych’s government, to discredit the movement. But it also raised fears of a possible takeover of Independence Square by the far right — even though a popular movement was behind the protests and any attempt to categorise it in political terms would be an over-simplification.”

“Political scientist Andreas Umland, who teaches at the National University of Kyiv-Mohyla Academy, said: “There are no objective historical accounts of Bandera’s [career]. Russian historians portray him as a fascist ally of the Nazis, while Ukrainian historians praise him without reserve. His admirers on Independence Square take a naïve and biased view of him, which is a problem. But it seems equally biased and dishonest to call him a fascist, as the Russians do” (2).”

Mr. Dreyfus concludes: “Though Independence Square will go down in history as an extraordinary example of collective and popular action, the political outcome is as yet unclear. Ukraine is in need of a new force that truly serves the people and transcends its many social and political divides.”

It is not easy to create a force that that transcends the many social and political divides of a people, especially not when an outside force, Russia, tries to change the borders of the state of this people.

Having said this: Sometimes new borders are better than the old ones. The only problem is that we know that it is usually war that creates new borders, very seldom it’s peaceful negotiations that lead to new borders. (The separation of Slovakia and the Czech Republic is a good example of peaceful alteration of borders.)