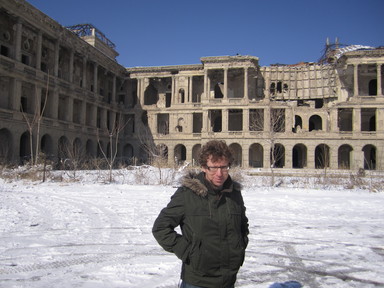 I had dinner with my Afghan friend, guide in Kabul and its surroundings, neutralized Dutch citizen and excellent cook. His wife and youngest daughter were present as well.
He told me that he expected that after the elections in Afghanistan a security agreement with the U.S. would be signed. He said: “The U.S. could afford to leave Iraq with security agreement, because they had the Kurds in northern Iraq, but in Afghanistan they will need an agreement with the central government.”