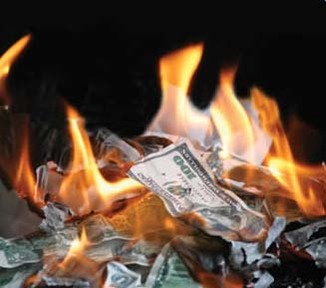 For some reasons I’m presently not able to write about my stay in Congo, but this in article in the NYT, which you may have missed, is at least as interesting:

‘A street prostitute in Dallas may make as little as $5 per sex act. But pimps can take in $33,000 a week in Atlanta, where the sex business brings in an estimated $290 million per year. It is not nearly as lucrative in Denver, where prostitution and other elements of an underground trade are worth about $40 million.
Those are some of the findings of a landmark government-sponsored report on the size and structure of the sex economy, including massage parlors, brothels and expensive escort services. The study also found that four in five pimps elect not to deal drugs and that little money trades hands in the child pornography business.
The report does not estimate the size of the illicit sex economy nationwide, instead analyzing the trade as of 2007 in eight cities: Miami, Dallas, Washington, Denver, San Diego, Seattle, Atlanta and Kansas City, Mo.’

‘The study did find pricing was consistent across the country, with $150 an hour the common going rate for prostitution. The age, race and drug use of a sex worker affected the price. Pimps told the interviewers that they could charge more for white women and younger women. But, one said, “Honestly, you just have to stay away from minors.” “I’ve never known a pimp that got in trouble for messing with adults,” the pimp said. “Law enforcement focuses on minors.” The sex business can be hugely lucrative, the study found. But sex workers reported burning through money as soon as they made it, and their expenses were high, too. One pimp in San Diego reported paying a hotel $24,000. Another spent $3,000 to $4,000 a week on shopping sprees for employees.’

‘The study also shed light on why people get into sex work. Pimps and sex workers often said they were encouraged by their families to do so, and many cited poverty as a major factor in their decisions. About 30 percent of those interviewed said a family member was also involved in sex work.
“When I was little, I was on welfare, I lived in the projects,” one pimp said. “Dope fiends, pimps and prostitutes. Gang bangers, helicopter over your roof. That’s no way to live. Seeing glitz and glamour, I always wanted that. Coming up like that, having square jobs was never appealing.”’

Becoming a pimp as a variation on upward social mobility. Well, one of the reasons that sex is not the best way to fulfill your American Dream is cited in the report: many sex workers report burning through their money as soon as they made it.

Is the belief that many sex workers have been victims of sexual abuse a myth?