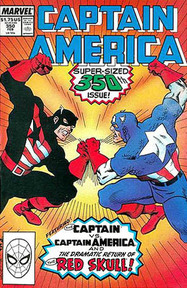 This comment in The Guardian is very right about secession and outdated ideas:

“But the real difficulty heading into this pivotal weekend for the crisis is more fundamental: the Russian proposal is based on an outdated theory of secession. Once upon a time, the right to secede was analyzed in terms of nationalist, linguistic, ethnic or religious homogeneity. Woodrow Wilson, for example, proposed redrawing the boundary lines in Europe to preserve the integrity of nationalist groups – Poland for the Polish, Serbia for the Serbians, and (now) Crimea for the Crimeans. This was thought to be the best way to promote self-determination and, therefore, democracy. If this is right, then all people living in Crimea should ideally vote to decide what to do. By this logic, the self-determination principle is the central consideration, and other problems – like intimidation – are just practical problems.

Does no one remember the former Yugoslavia? Using principles of self-determination to justify imposing ethnic homogeneity has resulted in genocide and ethnic cleansing. This brand of nationalism carried to its logical conclusion is ugly, plain and simple.”

Some old and new leftists counter this argument with the remark that the U.S. is very often trampling international law as well.

Yes, America has been very often problematic, and sometimes immoral. But does this justify Putin’s aggression? No.
And then ask yourself the question: who do you want to be a sole superpower? Obama’s America or Putin’s Russia? I guess the answer is clear, anybody who is not out of his mind would prefer Obama’s America, with all its faults, to Putin’s Russia.

This lamenting that Russia is allowed aggression against neighbor states because the American invasion of Iraq in 2003 was not justified as well is at best naïve, at worst pure cynicism.