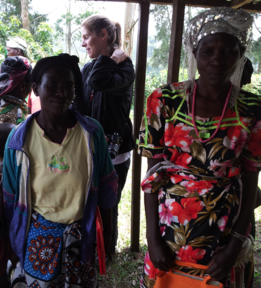 On Thursday we visited the health center in Bibwe – Bibwe is more of a camp for IDPs (Internally Displaced Persons) than a village.
According to Djoen, the hot project coordinator of MSF in this region, many people he spoke with in Bibwe had not eaten for several days.
He said that the women here had not too many options in their search for food. “If they go one direction they may be taxed and raped,” he said, “if they go the other direction they run the risk of being made to perform forced labor.”

(This blog post was read by MSF and three changes were made, of which one factual mistake.)