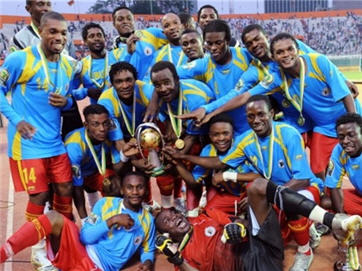 Saturday afternoon is soccer time at the MSF Compound in Mweso, at least for most of the male expats.
It was my moral duty to join the soccer players, after all one week before I could have played but I preferred to work in the so-called secret garden.
We played against local kids between the ages of approximately 6 and 12; the MSF team consisted of men between the ages of 28 (or 29, I’m not sure) and 62 (or 63, I’m not sure). The kids were slightly better. Their endurance was unbelievable.
Some of the kids made fun of me, because I wasn’t wearing sports clothing, I was wearing old jeans and a T-shirt.
I fell a few times, the field was a heaven for goats, probably our soccer field was in reality the home of a few goats, but despite all this this we tied: 2-2.
Then our opponents wanted to drink our water, but there was not enough water for all of them. So Djoen, the sexy project coordinator, said: “It’s your call whether you want to give them water or not, but if you give one water you should give water to all of them.”
I decided to deny the repeated requests for water.
Tomorrow more about the fabulous dancing mat at the MSF compound. War, soccer, dancing and a barbecue now and then – what else does an expat want?

(This blog post was read by MSF and no change was made.)