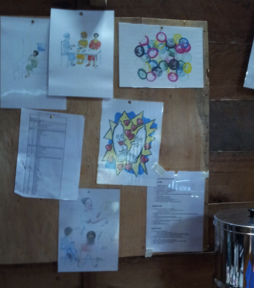 During World War I we had this mythical Christmas celebrations, where German and French soldiers sang Christmas songs together. No war during Christmas is one thing. But no war when it’s raining is even better. Unfortunately, this habit didn’t help Congo very much. As we know, Congo is one of the blood lands of the world.
But perhaps one day a war criminal in The Hague will declare: “I would have killed less civilians, I would have raped less women if it had only rained a bit more. It’s the climate change, stupid.”

(This blog post was read by MSF and no change was made.)