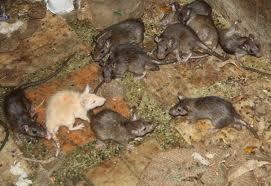 A while ago I received a letter from the United States Department of Commerce. Apparently a U.S. Census Field Representative was trying to contact me for a New York City Housing Vacancy Survey. But I was leaving a few days later for Congo and for obvious reasons I forgot about the letter.
Last week I returned from Congo. There were several letters from the United States Census Bureau in my mailbox. On one of the letters the U.S. Census Bureau Field Representative, a man named Thomas, had added: “Twelve minutes, please call me. I promise you it’s going to be painless.”
I called Thomas on Sunday, and on Monday morning we completed the survey by phone. The man turned out to be very kind. He wanted to know, among other things, whether there were mice and rats in my apartment, how much rent I paid and how I would rate my health. Then he said: “Thank you for calling me back, thank you for making it possible that I will keep my job.”
I would not say that on that very moment I felt a sense of guilt that I had waited so long before I had called him. I was in Congo; I had a good excuse.
It was beyond guilt, I felt a pang of suicidal thought, the desire to not being alive anymore.
Human suffering is the rough material for beauty and melancholia, or so I thought. But lately I’ve been feeling overwhelmed by it.
“Once again apologies for the delay in getting back to you,” I said. “Please, call me when you need more information.”
Then my normal self returned.
Happiness is a conversation with a U.S. Census Bureau Field Representative. Meaning is a twelve minute-talk with this representative. Absurdism is my past; mysticism my future.