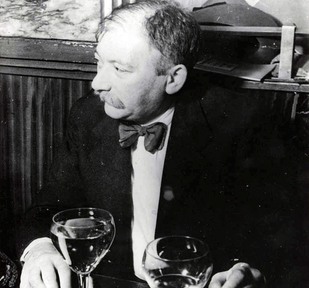 “…You must get it out of your head, the idea that we’re somehow being rough with you, or hard on you. Don’t forget we’re living in a period of general doom, and we can count ourselves lucky if we get through it at all. Don’t go accusing publishers, don’t blame your friends, don’t even beat your own breast, but finally have the courage to admit that however great you are as a writer, in material terms you’re a poor little Jew, almost as poor as seven million others, and are going to have to live like nine tenths of the human beings in the world, on a small footing and with a tightened belt. For me that would be the only proof of your cleverness: don’t always “fight back,” stop going on about the injustice of it all, don’t compare your earnings to those of other writers who don’t have a tenth of your talent. Now is your chance to show what you call modesty….”

In German it sounds much better. First I sympathized Roth, but after a while I found his complaints about the lack of money tiresome.
But then again, sooner or later this may be the life of the writer: writing letters about money and illness. A few days ago I stated that mysticism is my future. Perhaps I was wrong: the future is begging for money.

"…You know you’ve no need to tell me of all people what it is to be a poor little Jew. I’ve been that since 1894, and with pride. A believing Eastern Jew from Radziwillow. I would drop it if I were you. I’ve been small and poor for 30 years. Heck, I am poor.
But nowhere is it written that a poor Jew may not try to earn a living. That’s the only advice I turned to you for. If you don’t know, then say so. I thought you might be able to put me the way of some film people, or something….”