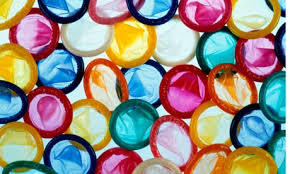 In today’s International New York Times a column by Nicholas Kristof with the provocative title – at least provocative to some – “Where the G.O.P. Gets It Right”:

“Conservatives highlight the primacy of family and argue that family breakdown exacerbates poverty, and they’re right. Children raised by single parents are three times as likely to live in poverty as kids in two-parent homes.
One historic mistake by liberals in social policy was the condemnation of Daniel Patrick Moynihan’s warning in 1965 of the breakdown of the African-American family. He wasn’t racist; he was prescient, for the same breakdown has since occurred in white-working-class families as well.
Yet if Republicans were shown to be right in their diagnosis of family breakdown as a central problem, they have mostly been proved wrong in their prescriptions. Particularly under President George W. Bush, millions of dollars were spent on marriage promotion initiatives, and follow-up studies show that overwhelmingly they failed to have an impact. Abstinence-only sex education is another demonstrated failure.
What does work to strengthen families and reduce out-of-wedlock births? There are no magic wands, but family-planning programs have reduced unplanned births — and 70 percent of pregnancies among unmarried women under 30 are unplanned. The Guttmacher Institute calculates that without family-planning services, the rate of unintended teen pregnancies would be 73 percent higher.
So it’s hard to think of a more anti-family policy than the closure of family-planning clinics in states like Texas, or the two-thirds cut (after inflation) in the main federal family-planning program since 1980. That’s a national shame.
One landmark initiative to help in this area is the Affordable Care Act, which requires insurers to offer free long-acting contraceptives to all women. Research suggests strongly that this will reduce abortions and out-of-wedlock births, while strengthening marriage, yet Republicans are fighting this mandate.”

And where is our economic growth coming from? Where do we find more and more consumers?

Well, we need to build robots to consume our products. That’s the most practical and ethical solution. Yes, we need consumers, but why do we believe that a consumer is by definition a human being?

Perhaps one day we will teach chimpanzees how to use American Express. A giant step forward for mankind, and also for the chimps of course.