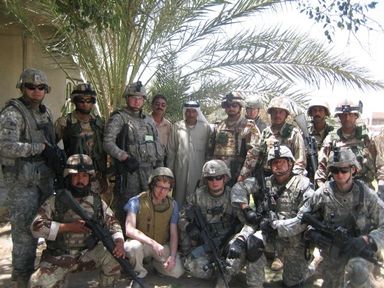 Please read Ned Parker in NYRB on Iraq and the next elections:

‘Now, as Iraq prepares for its first national election in four years on April 30, it is hard to imagine democracy activists rallying weekly in Iraqi streets. For months, suicide bombers have been dynamiting themselves in crowded Shiite markets, coffee shops, and funeral tents, while Shiite militias and government security forces have terrorized Sunni communities. The Iraqi state is breaking apart again: from the west in Anbar province, where after weeks of anarchic violence more than 380,000 people have fled their homes; to the east in Diyala province, where tit-for-tat sectarian killings are rampant; to the north in Mosul, where al-Qaeda-linked militants control large swathes of territory; to the south in Basra, home to Iraq’s oil riches, where Shiite militias are once more ascendant; to Iraq’s Kurds, who warn that the country is disintegrating and contemplate full independence from Baghdad.’ (…)

‘Throughout the country, pervasive corruption has weakened the chain of command of the army and police. Security officers regularly detain people and then offer to free them for thousands of dollars in ransom; they take bribes at checkpoints, and run rackets based on inflating company rosters with names of soldiers who don’t exist. Actual battle commands are now for sale to the highest bidder, according to senior government officials. The more the chaos, the greater the opportunities for criminals and extremists to take advantage of an increasingly weakened state, as was the case during Iraq’s last round of civil war.’

‘Though less popular than in 2010, Maliki believes he will benefit from the fear and chaos, presenting himself as the only one capable of guarding his community and saving Iraq. Sectarian conflict becomes another way of waging politics and outlasting competitors. One evening in December, I visited a former commander of a Shiite militia who had become a politician. He eyed news of a bombing in Baghdad and said, “See, fifteen of our people died today.” As we talked, a dozen military-age men arrived at his house, some wearing green military pants and vests. The politician called the men to a separate room and terminated our meeting. He ordered no one to disturb them: suddenly, he had become his former self, a militia commander who defended Shiite areas against suspected terrorists during the heights of sectarian violence in 2005 and 2006. It was time for the next battle.’

Do we really believe that Afghanistan will fare better than Iraq?