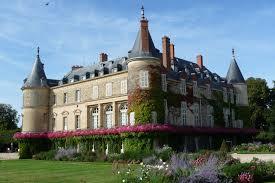 Judi Rudoren and Isabel Kershner on food and a dying peace process in Tuesday’s Times:

“There was always food. In a first for Israeli peacemakers, there was Chinese takeout in December at Mr. Kerry’s townhouse. At the King David hotel recently, Mr. Faraj gobbled up matzo, having developed a taste for it in Israeli prisons. When a snowstorm shuttered Washington offices — and supermarkets — Mr. Indyk’s wife, Gahl Burt, scrambled to assemble supper two nights running, only to discover too late that Ms. Livni was a vegetarian and Mr. Erekat did not eat fish.”

I remember stories about the peace talks in Rambouillet on the eve of the Kosovo war in 1999. When the talks were stalling the sponsors cut down on the cheeses after dinner, eventually no cheese after dinner was served anymore.

Perhaps the Israeli and Palestinian negotiators should be told that they will get only food when substantial progress has been made.

But then again, the Israeli-Palestinian peace process it not a means to an end, it’s an end. Now the peace process is dead, but in a couple of years it will resume, and then it will die again.