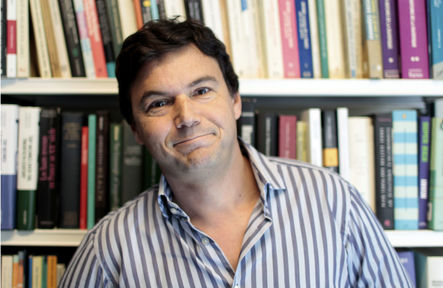 “The simple fact is that large wealth taxes do not mesh well with the norms and practices required by a successful and prosperous capitalist democracy. It is hard to find well-functioning societies based on anything other than strong legal, political, and institutional respect and support for their most successful citizens. Therein lies the most fundamental problem with Piketty’s policy proposals: the best parts of his book argue that, left unchecked, capital and capitalists inevitably accrue too much power -- and yet Piketty seems to believe that governments and politicians are somehow exempt from the same dynamic.
A more sensible and practicable policy agenda for reducing inequality would include calls for establishing more sovereign wealth funds, which Piketty discusses but does not embrace; for limiting the tax deductions that noncharitable nonprofits can claim; for deregulating urban development and loosening zoning laws, which would encourage more housing construction and make it easier and cheaper to live in cities such as San Francisco and, yes, Paris; for offering more opportunity grants for young people; and for improving education. Creating more value in an economy would do more than wealth redistribution to combat the harmful effects of inequality.”

On the other hand, it’s not clear to me how loosening zoning laws would help fight the harmful effects of inequality.

And yes, we are all in favor of wealth redistribution, but we all believe that the wealthy citizens are our neighbors.
It’s always the other people who are rich. Call this bias Arnon’s bias.

Improving education is a sound idea but according to a recent article in the Times the last decades the price of consumer goods, like televisions, fell but the price of education increased immensely.
The invisible hand of the market wants the wretched of the earth to watch soaps, but not to get a decent education.
Or is it the invisible hand of the government that wants the wretched of the earth to enjoy their soaps on bigger screens than ever? According to the myth Marie-Antoinette said: “Let them eat cake.” Our politicians say: “Let them watch Games of Thrones.”