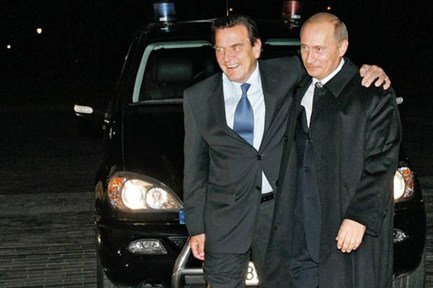 Please, read this article by Timothy Snyder on Ukraine:

‘We easily forget how fascism works: as a bright and shining alternative to the mundane duties of everyday life, as a celebration of the obviously and totally irrational against good sense and experience. Fascism features armed forces that do not look like armed forces, indifference to the laws of war in theirapplication to people deemed inferior, the celebration of “empire” after counterproductive land grabs. Fascism means the celebration of the nude male form, the obsession with homosexuality, simultaneously criminalized and imitated. Fascism rejects liberalism and democracy as sham forms of individualism, insists on the collective will over the individual choice, and fetishizes the glorious deed. Because the deed is everything and the word is nothing, words are only there to make deeds possible, and then to make myths of them. Truth cannot exist, and so history is nothing more than a political resource. Hitler could speak of St. Paul as his enemy,Mussolini could summon the Roman emperors. Seventy years after the end of World War II, we forgot how appealing all this once was to Europeans, and indeed that only defeat in war discredited it. Today these ideas are on the rise in Russia, a country that organizes its historical politics around the Soviet victory in that war, and the Russian siren song has a strange appeal in Germany, the defeated country that was supposed to have learned from it.’

I’m not so sure if the Russian siren has a strong appeal in Germany. There are all kinds of practical and economical reasons for Germany to not want to alienate Putin too much, but I don’t sense much appetite for fascism in Germany. In many European countries this appetite is growing, but less so in Germany.

This is only a small point of criticism of an article that is mostly excellent.