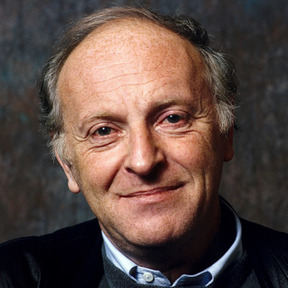 This article by Jennifer Medina appeared today on the front page of The Times:

‘Should students about to read “The Great Gatsby” be forewarned about “a variety of scenes that reference gory, abusive and misogynistic violence,” as one Rutgers student proposed? Would any book that addresses racism — like “The Adventures of Huckleberry Finn” or “Things Fall Apart” — have to be preceded by a note of caution? Do sexual images from Greek mythology need to come with a viewer-beware label? Colleges across the country this spring have been wrestling with student requests for what are known as “trigger warnings,” explicit alerts that the material they are about to read or see in a classroom might upset them or, as some students assert, cause symptoms of post-traumatic stress disorder in victims of rape or in war veterans.
The warnings, which have their ideological roots in feminist thought, have gained the most traction at the University of California, Santa Barbara, where the student government formally called for them. But there have been similar requests from students at Oberlin College, Rutgers University, the University of Michigan, George Washington University and other schools.’

‘At Oberlin College in Ohio, a draft guide was circulated that would have asked professors to put trigger warnings in their syllabuses. The guide said they should flag anything that might “disrupt a student’s learning” and “cause trauma,” including anything that would suggest the inferiority of anyone who is transgender (a form of discrimination known as cissexism) or who uses a wheelchair (or ableism).
“Be aware of racism, classism, sexism, heterosexism, cissexism, ableism, and other issues of privilege and oppression,” the guide said. “Realize that all forms of violence are traumatic, and that your students have lives before and outside your classroom, experiences you may not expect or understand.” For example, it said, while “Things Fall Apart” by Chinua Achebe — a novel set in colonial-era Nigeria — is a “triumph of literature that everyone in the world should read,” it could “trigger readers who have experienced racism, colonialism, religious persecution, violence, suicide and more.” After several professors complained, the draft was removed from a campus website, pending a more thorough review by a faculty-and-student task force. Professors and campus administrators are expected to meet with students next fall to come up with a more comprehensive guide.’

There are many reasons to be against trigger warnings, and quite a few of these reasons are mentioned in the article.

But the most important reason can be found in an essay by Joseph Brodsky. In a commencement speech at the University of Michigan in 1988 he said: “At all costs try to avoid granting yourself the status of the victim.”

The politics of trigger warnings do the opposite. It celebrates and glorifies the victim in the disguise of emancipation. It encourages weakness, it makes censorship acceptable.

Brodsky added: “Of all the parts of your body, be most vigilant over your index finger, for it is blame thirsty. A pointed finger is a victim’s logo.”