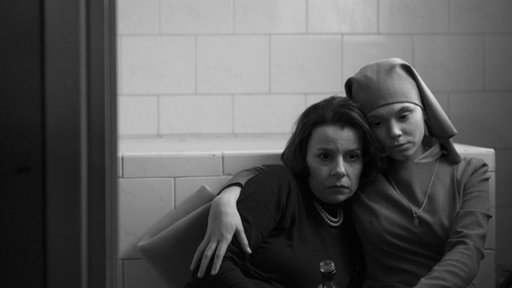 Approximately ten years ago I interviewed Pawel Pawlikowski about his film ”My Summer of Love” for Dutch television. If I recall correctly we were sitting in his office in London and Mr. Pawlikowski turned out to be a congenial but not very outspoken man.
I liked “The Summer of Love” a lot, a movie about the sultriness of adolescence, and the thin line between tenderness and aggression – also about the longing for a master.
His latest movie “Ida” is not only about Poland’s dark past, as has been widely remarked, but also again about the sultriness of adolescence, perhaps Pawel Pawlikowski is unable to escape this theme.
I was not as impressed by “Ida” as many others, despite the strong acting, the beautiful images and the economy of the story something was missing, but I’m not sure what it was.
There are a few scenes that are reason enough to see “Ida”. Shortly after her first experience with carnal love, the novice Ida presses her lover with the question: “What’s next?” He comes up with the usual, romantic answers. Staying together, buying a dog, buying a house, having children. But you can see in the face of Ida the dissatisfaction. The romantic truisms are almost offensive to her. The blandness of life surprises her. Ida’s encounter with emptiness is something you won’t forget.