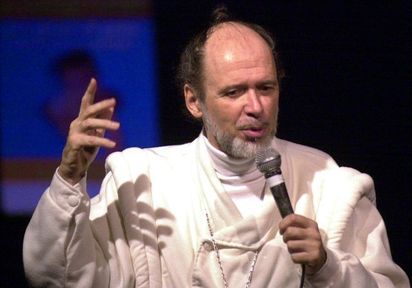 I had dinner with two French critics, my French publisher and her husband. The husband of my French publisher left shortly after dessert was served, he wanted to see the second half of the game France-Ecuador.
One of the critics said that he had interviewed Raël, leader of the UFO-religion. See also here. Raël plays an important role in Houellebecq’s novel “The Possibility of an Island”.
At the end of the evening I was more than ever convinced that within ten years from now I should have my own religion. To me it’s a perfectly logical career move and if the angels ask you to save the world you should not say: “Thanks, but no thanks.”