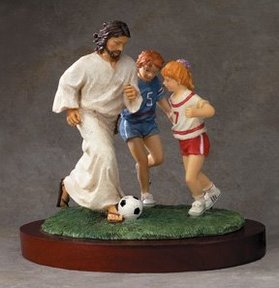 Simon Kuper on the lonely genius in FT:

“Brazil and Argentina have each parasited off a lone genius, Neymar and Lionel Messi respectively. Argentina have defenders who do not like having the ball, while Brazil’s central defence delights in leisurely square passes. Each team’s strategy seems to be, 1. Somehow get ball to genius, 2. Hope he does something. So far, this has more or less worked. Neymar has scored four of Brazil’s seven goals. Messi has four of Argentina’s six, while one was an unprovoked own goal, and another went in off Marcos Rojo’s knee. Playing three modest teams, Argentina won each game by a single goal.”

Well, of course, all monotheistic religions rely on this concept.

By the way, according to the husband of my French publisher, Zlatan is Jesus.