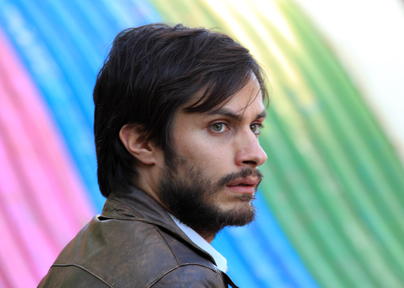 Back in 1995 I took a course at the New York Film Academy. One of my fellow students was a very young Gael Garcia Bernal. He turned out to be the highlight in a short film (“Left Shoe”) I made during this course.
Tonight, after an inappropriate (slightly racist) tweet by KLM, the Dutch airline (after the Mexicans lost against the Netherlands at the World Cup KLM started tweeting about soccer – someone at KLM must have used coke, or perhaps their account was hacked) Gael Garcia Bernal tweeted: “@ KLM I'm never flying your shitty airline again. Fuck you big time.”
I’m totally on the side of Gael Garcia Bernal. He is not only a fine actor, if I remember him well he is a gem of a human being.