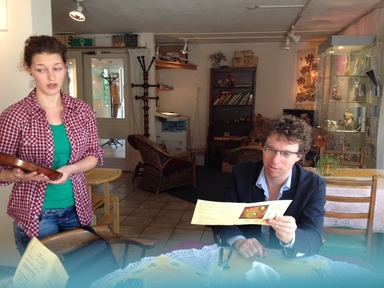 Dinner in a vegetarian restaurant in the city of Lelystad with two friends; the owner of the restaurant is an interesting man who approached me a while ago when I wrote in a Dutch newspaper that I was started peer-to-peer lending in The Netherlands. He was looking for money to invest in his vegetarian restaurant.
The restaurant belongs to a village where, at least officially, people live who practice transcendental mediation, also called TM.
My friend and owner of the restaurant said: “You don’t need many people, for a country like the Netherlands, 400 people who practice TM are enough.” The man added: “Some of the meditation exercises are so strong that they will make you fly.”
Literally?” I asked.
“Yes,” he said, “you become weightless.”