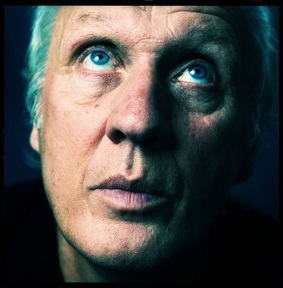 Tonight, I read from my collection of journalistic reports “Couchsurfen und andere Schlachten” (Couchsurfing and other battles) in the living room of Judith and Søren in Frankfurt. Their son Tom was sent to his grandmother; the wine was good, the cheese was tasty, the audience attentive, Judith and Søren both extremely charming.
After the reading a woman started a conversation. When she was a teenager she started following the Dutch singer Herman van Veen who happens to be quite well-known in Germany as well. During a couple of years she saw each and every performance (give or take two) of Herman van Veen.
“Were you in love with Herman?” I asked.
“No,” she said. “I just wanted to be there.”