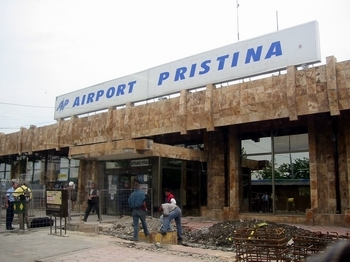 Joost Hiltermann on a Kurdish state:

“Yet it remains unclear how readily this Kurdish oil can be sold in the international market, as buyers fear litigation by the national government in Baghdad. The stranded oil tanker carrying the first shipment of Kurdish crude—it has been stuck off the coast of Morocco, prevented from discharging its load—is emblematic of the difficulty a non-state entity faces in finding buyers in defiance of a sovereign state’s export policy. In the meantime, the Kurdish region’s economic boom has been financed far less by its own oil revenue than by its share in Iraq’s national budget, which derives instead from the sale of oil from the country’s vast oil fields in the south. As part of an ongoing political dispute between the central government and the Kurds, Baghdad has withheld Erbil’s budget since the beginning of this year, a situation that, if it continues, could make Kurdish authorities all the more desperate to establish their own independent revenue stream.”

“Finally, having taken over Mosul and other cities in northern Iraq, Islamist militants are facing off with the Kurds along a line the length of the Kurdish region. In Kirkuk, the jihadists are virtually at the city gates. For now, their attention is trained on the Shias in Baghdad, but this could change. Already, there have been deadly clashes near Khanaqin, in the far eastern sector of the disputed territories on the Iranian border. Other areas with a mix of population groups, such as Tuz Khurmatu, will be equally susceptible to lethal confrontations. The threat posed by these groups suggests that, for the moment, Baghdad and the Kurds need each other.”

Probably Mr. Hiltermann is very close to the State Department’s position on a Kurdish state, but the points he made seem to be valid.

And a state of your own is not a panacea at all – Kosovo isn’t the biggest success in the world isn’t it?

The de-facto independent region of Kurdistan in Iraq is already more sovereign than let’s say Luxembourg.
For a long time most people thought: the more sovereignty the better. But also here one has to say: less is more.