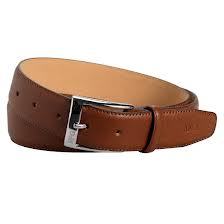 Yesterday I arrived in Grande Real Villa Italia Hotel & Spa.
Last night I put a brown belt on a chair and this morning I could not find the belt. I searched the room meticulously, but the belt was gone. I called he front desk: “Is it possible that the chamber maid has misplaced a brown belt?”
“We will look for your belt,” the front desk manager said.
After breakfast I saw a belt lying on my suitcase, but that was not the belt that was missing.
I called the front desk manager again. “I don’t accuse anyone, but the belt that the chambermaid put on top of my suitcase is not the belt that is missing. There were four belts in my suitcase, a brown one, a black one, a blue one and a green one, and the brown belt is missing.”
“We will go through our garbage,” the front desk manager said.
“But I didn’t put my belt in the garbage,” I replied. “Perhaps the chamber maid took the belt home, of course it was a mistake, but these mistakes happen.”
I remembered that I once lent a belt to a mistress and she never returned the belt. That was also a brown belt. I hope she still wears the belt, but the chambermaid was not yet a mistress, I wanted my belt back.
Late in the afternoon I found my belt behind my suitcase, in a dark corner of the room.
I called the front desk. “I found my belt,” I said, “I apologize for all the inconvenience.”
“We are so happy you found it,” the front desk manager answered.