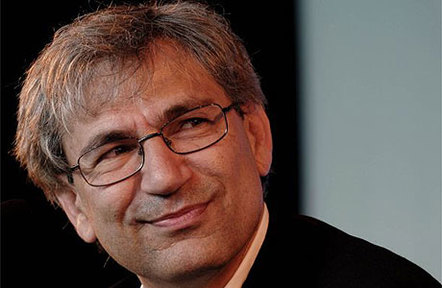 Tim Parks on reading (again) and genre fiction (and on Pamuk and Simenon again):

‘“Frankly, I don’t mind what they’re reading, Twilight, Harry Potter, whatever. So long as they are reading something there’s at least a chance that one day they’ll move on to something better.” How many times have we heard this opinion expressed? On this occasion the speaker was a literary critic on Canadian radio with whom I was discussing my recent blog post “Reading: The Struggle.” Needless to say the sentiment comes along with the regret that people are reading less and less these days and the notion of a hierarchy of writing with the likes of Joyce and Nabokov at the top and Fifty Shades of Grey at the bottom. Between the two it is assumed that there is a kind of neo-Platonic stairway, such that from the bottom one can pass by stages to the top, a sort of optimistic inversion of the lament that soft porn will lead you to hard and anyone smoking marijuana is irredeemably destined to descend through coke and crack to heroin. The user, that is, is always drawn to a more intense form of the same species of experience.’

‘In 1948 W.H. Auden published an essay, “The Guilty Vicarage,” on what he calls his “addiction” to detective novels. The point he makes is that these schematic narratives serve the escapist needs of readers who share his particular psychological make-up. These people will not, as a rule, Auden claims, with some elaborate argument, be the same readers as readers of light romances or thrillers, or fantasy fiction. Each genre has its pull on different types of minds. In any event, if he, Auden, is to get any serious work done, he has to make sure that there are no detective novels around, since if there are he can’t resist opening them, and if he opens them he won’t close them till he’s reached the end. Or rather, no new detective novels; for Auden notes this difference between the stuff of his addiction and literature: that the detective novel is no sooner read than forgotten and never invites a second reading, as literature often does.
The implications are clear enough. Auden denies any continuity between literary novels and genre novels, or indeed between the different genres. One does not pass from lower to higher. On the contrary one might perfectly well fall from the higher to the lower, or simply read both, as many people eat both good food and junk food, the only problem being that the latter can be addictive; by constantly repeating the same gratifying formula (the litmus test of genre fiction) it stimulates and satisfies a craving for endless sameness, to the point that the reader can well end up spending all the time he has available for reading with exactly the same fare. (My one powerful experience of this was a spell reading Simenon’s Maigret novels; after five or six it gets harder and harder to distinguish one from another, and yet one goes on.)’ (…)

‘So do people pass from the genre to the literary up our neo-Platonic ladder? Do they discover Stieg Larsson and move on to Pamuk? With no studies or statistics available to settle the question—at least I have not come across any—I can only resort to anecdotal evidence, as a father of three and a university teacher for many years. And the first thing to say is that no one has ever spoken to me of making this progression. My children all enjoyed listening to the classic canon of children’s stories in their infancy, but this did not automatically lead to “serious reading” later on, despite, or quite possibly because of, their parents’ highly developed reading habit. My son spent his adolescence switching back and forth between computer games and compulsive rereadings of The Lord of the Rings, equally happy with both forms of entertainment. Later, he gathered together complete collections of Jo Nesbø and Henning Mankell. When I have suggested trying the work of certain novelists I like—Coetzee, Moravia—his complaint is invariably that they are too disturbing and too close to home.’

Mr. Parks is right – there is no evidence that reading bad literature will automatically lead to reading good literature. As there’s no evidence that enjoying a glass of wine over dinner will turn you into an alcoholic. And indeed, the publishers (and agents and booksellers) have a commercial interest to tell the public that reading mediocre books is a sure way to reading Dostoevsky.

I didn’t start reading W.F. Hermans, Theo Thijssen and Henry Miller when was 12, because I was addicted to Tintin when I was 11.

Recently, a friend of mine in New York, an author himself, complained that the feminization of literature in the US meant that there was almost no space anymore for disturbing books. To be honest, he was a bit more nuanced, but he felt strongly that literature in the US had to be feel-good in order to be commercially viable.

By the way, a Dutch publisher told me that research showed that the big problem for literature nowadays is that it is too time consuming. People would like to be able to read a good book in half an hour. And the publishers are (once again) thinking of abridged versions of classics.
There are many people who would love to forsake genre fiction, they are willing to try The Brothers Karamazov, if they only could read it within thirty minutes.