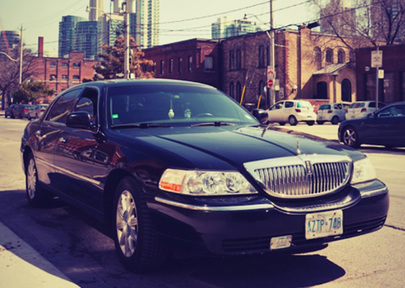 Vauhini Vara on Uber in The New Yorker:

'Ramzi Raguii, a driver for the car-hire service Uber, was on vacation in Tunisia when he got word that the company had hired some political muckety-muck named David—David Plouffe, who ran Barack Obama’s 2008 Presidential campaign and later served in the White House—as its senior vice-president of policy and strategy.
Uber is an app that lets you hail a car: tap the screen and a car, with a driver, shows up wherever you are. Drivers sign on as independent contractors and use their own vehicles; Uber takes a twenty-per-cent commission on each fare. Raguii, who is thirty-two years old, told me that he became an Uber driver, in San Francisco, in October of 2013. “A lot of my homeboys are based in San Francisco,” he said over the phone. “They introduced me to Uber. They said, ‘Ramzi, you can do this for a little while.’ My other option was to have a full-time job and only have the option to have a fifteen-day vacation. And so I did Uber.”

The service is popular among riders: an internal document leaked to the blog Valleywag late last year suggested that, each week, people worldwide were taking about eight hundred thousand Uber rides. Drivers, meanwhile, appreciate the flexibility, autonomy, and ease of joining. The appeal of Uber is similar to that of Airbnb, which lets people rent out their homes to vacationers for a night or longer, or Taskrabbit, which matches people who need odd jobs done with those willing to do them for a fee. Before the Internet, the reasoning goes, those who needed services and those who could provide them had fewer ways to find one another; companies like Uber use our newfound connectedness to put us in touch. What’s more, the companies can profit handsomely because they don’t actually own the property used to provide the service—the cars, in Uber’s case, or apartments, for Airbnb.”'

Vauhini Vara is critical about Uber’s way of protection of the drivers. Probably rightly so, but most drivers I have spoken to in New York and Amsterdam (I’m a frequent user of Uber) are happy about the opportunities Uber is offering them.

According to this article Uber is worth over 20 billion dollars. Surprisingly, because the company doesn’t own cars or employ drivers.

Sometimes, capitalism is ironic; the less you own the more valuable you are.