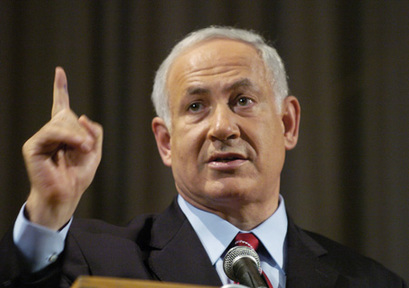 This article by Ashaf Sharon about Gaza and Netanyahu in NYRB is insightful:

“The abduction of three Israeli youths in the West Bank on June 12 gave Netanyahu another opportunity to undermine the reconciliation. Or so he thought. Despite the statement by Khaled Mashal, the Hamas political bureau chief, that the Hamas political leadership did not know of the plans to carry out the abduction, Netanyahu was quick to lay the blame on Hamas, declaring that Israel had “unequivocal proof” that the organization was involved in the abduction. As yet, Israeli authorities have produced no such proof and the involvement of the Hamas leadership in the kidnapping remains unclear. While the individuals suspected of having carried out the kidnapping are associated with Hamas, some of the evidence suggests that they may have been acting on their own initiative and not under the direction of Hamas’s central leadership. Regardless of this, Netanyahu’s response, apparently driven by the ill-advised aim of undermining Palestinian reconciliation, was reckless.3 Determined to achieve by force what he failed to accomplish through diplomacy, Netanyahu not only blamed Hamas, but linked the abduction to Palestinian reconciliation, as if the two events were somehow causally related. “Sadly, this incident illustrates what we have been saying for months,” he stated, “that the alliance with Hamas has extremely grave consequences.” Israeli security forces were in possession of evidence strongly indicating the teens were dead, but withheld this information from the public until July 1, possibly in order to allow time to pursue the campaign against Hamas.
On the prime minister’s orders, IDF forces raided Hamas’s civil and welfare offices throughout the West Bank and arrested hundreds of Hamas leaders and operatives. These arrests did not help to locate the abductors or their captives. Among the arrested were fifty-eight Palestinians previously released as part of the deal to return the Israeli soldier Gilad Shalit, who had been a captive of Hamas since 2006.
As part of this ill-conceived operation against Hamas, Israel also mounted air strikes on Hamas facilities in Gaza. Apparently, Hamas did not take an active part in firing rockets for more than two weeks, although it did not prevent other factions in Gaza from firing.4 Only on June 29 or 30 did Hamas restart the rocket bombardment of Israeli territory, which it had not engaged in since November 2012.5 Israel retaliated against Hamas in Gaza and a vicious cycle began. Netanyahu lost control over an escalation he had instigated. In his badly misjudged eagerness to blame Abbas and punish him for reconciling with Hamas, Netanyahu turned a vicious but local terrorist attack into a runaway crisis.”

Anti-Zionism is often uglier than Zionism, but the current political leadership in Israel is as corrupted as the political leaders in many other countries in the Middle East. No vision, no strategy, politicians who are betting on the awful combination of nationalism and religion, political and religious leaders who are provoking the desire for revenge.
Forty years more or so and Israel will be a failed Arab state with Arabs who happen to be Jews. Israel is assimilating very fast. People will ask: “Are you Sunni, Shia or Jew?”

The diaspora is becoming more attractive. At least some regions of this planet. Perhaps in the future we will witness an extraterrestrial diaspora.