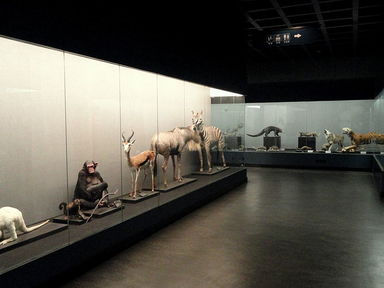 A friend introduced me to the Morbid Anatomy Museum in Brooklyn where on Thursday Jon Ronson showed his documentary “Stanley Kubrick’s Boxes” and afterwards he took some questions from the audience.
The documentary was pretty good, especially if you are interested in Kubrick, and everybody should be interested in Kubrick.
My friend lent me Jon Ronson’s book “Lost at Sea” where you can also find a chapter “Stanley Kubrick’s Boxes.” Perhaps this is already known to most of my readers, but to me it was a pleasant surprise: Ronson is a very good writer.
The nice thing about the Morbid Anatomy Museum is that you can take a taxidermy workshop there, which is something I plan to do later this fall.