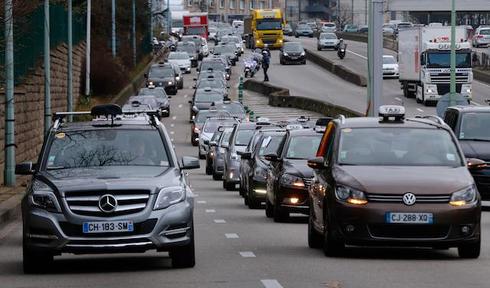 I took a taxi from restaurant Aux Verres de Contact in de Rue de Bievre to my room at Cité Université.
The driver asked me whether I was a professor or a student.
“Neither,” I said. “I’m a writer.”
He liked this answer.
“I will give you an idea for a story,” he said.
“Go ahead.”
“A wife is killed, everybody thinks the husband killed his wife, so the villagers kill the husband but then it turns out that the husband didn’t kill his wife. They killed the wrong person. It was the nephew who killed the woman. So the villagers kill the nephew.”
“That’s all?”
“That’s all. Isn’t it brilliant?”
“Yes,” I said. “From where are you?”
“Tunisia.”
I didn’t want to ask further questions about the story idea, so I asked: “How is the situation in Tunisia? Is there democracy in Tunisia?”
He was very blunt: “There is no democracy in Tunisia. The world of the money is in power. It’s a jungle out there. People do everything for money. The Arab world is gone, there is no Arab world.”
He waited a few seconds, then he declared: “We are almost there.”