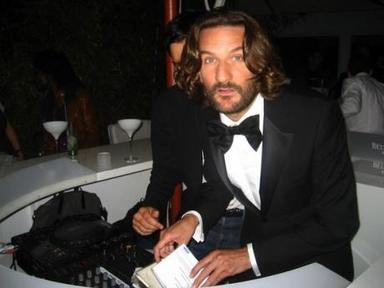 Tonight was the evening (a public discussion) with the Frech novelist Frédéric Beigbeder in the Maison de la Poésie in Paris. Margot Dijkgraaf was the chair, and she did an excellent job. Beigbeder turned out to be an extremely charming novelist, probably the most charming novelist with whom I have ever been on a panel. It’s thus for good reason that he had lots of young admirers – I’ve never seen as many attractive young ladies at a literary event as tonight.
But Beigbeder is very open about this, or at least he appears to be open. He writes in his novel “Oona & Salinger” – just published at Grasset: “Salinger, comme moi, aimait les filles beaucoup plus jeunes.”
And also: “Les femmes de quarante ans m’angoissaient avec leur névroses identiques aux miennes : jalousie de la jeunesse, coeur endurci, complexes physiques insolubles, peur de devenir imbaisable, ou de l’être déjà.”
(Apologies to the readers who are not fluent in French, my dictionary couldn’t help me with “imbaisable” but like me you will manage to come up with a decent translation.)