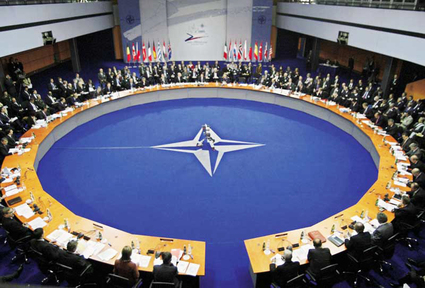 Christopher de Bellaigue in NYRB on Turkey, Kobani and ISIS:

“In fact, Kobani shows how Turkish and US objectives diverge over Syria. The US has declared its intention to destroy ISIS and defend the Kurds in Syria and Iraq, but has not involved itself directly in efforts to remove the Assad regime in Damascus. The priority of Turkey’s AK Party government, in contrast, is not to destroy ISIS but to topple Bashar al-Assad and replace him with a Sunni-dominated government sympathetic to the relatively moderate brand of Islamism favored by most Turks, and able to act as a counterweight to the Shia-dominated, pro-Iran government of neighboring Iraq. At the same time, Turkey has long been wary of the dominant group among Syria’s Kurds, the Democratic Union Party, or PYD, which does not hide its allegiance to the Kurdistan Workers’ Party (PKK), the Turkey-based Kurdish movement that has spent the past thirty years in conflict with the Turkish state. As recently as Tuesday, Turkish jets were bombing PKK positions in southeastern Turkey. Thus, the fall of Kobani might be a price worth paying for the sobering effect it would have on what Turkey deems a greater threat: Kurdish nationalism.”

“All this has thrown into doubt Turkey’s efforts to solve its own Kurdish problems. In March 2013 the PKK and the Turkish government declared their shared intention to pursue a negotiated peace, but the process has hardly advanced since then, amid Kurdish accusations that Turkey has been arming ISIS and Turkish fears that the PKK/PYD, having tasted quasi-independence in Syria, will demand a similar arrangement in Turkey as well.”

“As Turkey and the United States negotiate the minutiae of a war they are fighting for different reasons, the wider fate of the Kurds is finely poised. The vile situation in Kobani has become a case study in the ways that civil wars suck in neighbors and break down alliances as the innocent are put to the sword. It is also a powerful refutation of the trite adage that the enemy of my enemy is my friend. In this conflict there are no friends.”

Conspicuously absent is the word “NATO” in this insightful article. Turkey after all is a member of the NATO, if there are no friends what exactly do we need NATO for?