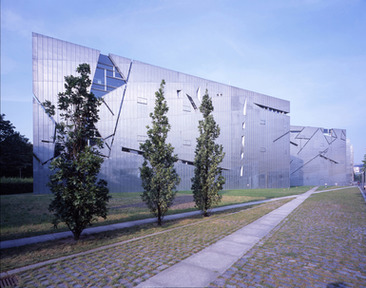 A new take on diasporism, read this article by Jodi Rudoren on NYT:

‘Ori Haber’s father escaped Germany during the height of the Holocaust for what would become the State of Israel. Now Mr. Haber, a 35-year-old computer technician, is part of a cadre of frustrated young Israelis clamoring to move to Berlin in what has become a contentious campaign revealing economic fissures and identity struggles in Israel’s still-adolescent society.
“I cannot see the future here,” he said, without a touch of irony at the idea that an Israeli Jew was looking for a better life in Germany. “The middle class in Israel is going down. We feel it in our flesh.” Even his father seemed to understand, Mr. Haber said: “He has bad memories from Germany, but still he is like, ‘If you have the opportunity, go, try your luck.' ”’

‘Asaf Moses, 32, said there were “no Israelis around” when he moved to Berlin a decade ago, but now he could hardly walk a mile from home “without picking up some Hebrew from the sidewalk.” There are at least three Israeli restaurants in Prenzlauer Berg, a central neighborhood near a synagogue and Jewish cemetery. What began as a casual monthly book exchange over coffee has grown into a Hebrew lending library with 2,000 volumes.
“Our community is growing every day,” said Diana Reizman, 32, who moved to Berlin as a student and now owns Elfenbein, a kosher cafe and caterer. “Israel will always be the place where you go when you have nowhere else to go, but eventually you have to pay your bills.” Sergio DellaPergola, a leading demographer, said emigration was actually lower now than at any time in Israel’s 66-year history, and also lower than in comparably developed countries. Far more people left Israel in the 1970s and 1980s, when inflation skyrocketed, he said, adding that today, 70 percent of Israel’s Jews and nearly all of its Arab citizens are native-born and thus less likely to leave.’

I tend to believe that New York is the future of the Jews but probably Germany is the promised land after all. Even though emigration from Israel is lower than in the 1970s.

Diasporism is very much alive.